St Peter ad Vincula is a medieval Grade 1 listed Church of England Parish Church in the village of Ashwater Devon. Located within the Diocese of Exeter, St Peters ad Vincula is one of five churches within the Benefice. 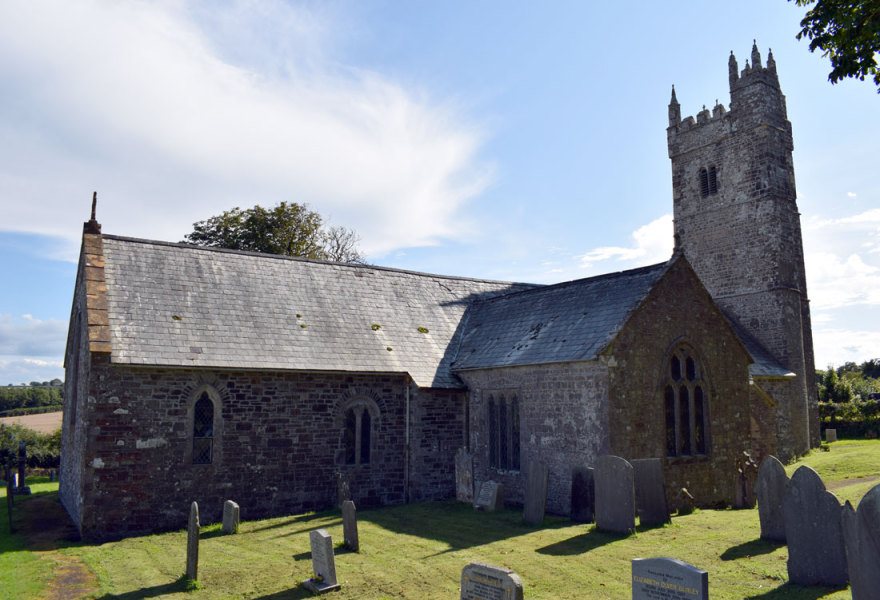 The form of the church consists of a wide Nave and Chancel, North Transept, South Aisle, West Tower and North Porch. The church appears to have begun as an aisleless cruciform church of which the North Transept remains. The exceptionally wide Nave has a 15th Century wagon roof with heavily carved ribs and bosses. The Nave arcade has alternating octagonal elvan piers of 14th Century date and granite 15th Century shafted piers. The tower is of 15th Century date, narrower than the Nave and with a prominent stair turret on the north side with a carved base and splayed top.  The North Transept, Nave and Tower are all built of well-squared, coursed and dressed masonry, probably elvan (quartz porphyry). The Norman font is of polyphant, richly carved with tendrils, scrolls and animal heads. A major restoration of the 1880’s saw the Chancel rebuilt, and both it and the North Transept were re-roofed. The Chancel roof is lavishly carved like its 15th century model in the Nave and the floor tiles, reredos, choir stalls and pulpit are all of high quality.

There is evidence that the church was consecrated as early as 1257 and as such St Peters, in its evolving built form, has been at the center of village life in Ashwater for over 750 years. Today, whilst it remains the center of worship for the people of Ashwater, the church’s rich heritage and form is of immense value both regionally and potentially nationally, with many tourists, historians and travellers recording their visit to the church, which is kept open throughout the year.

For more information on the church's history, the link below is very interesting, written by Rev Melhuish, once of Ashwater.